On September 8, 2022, Elizabeth II, Queen of England, died at the age of 96 at Balmoral Castle in Scotland.

Harry Darsono, a fashion designer born in Mojokerto, was recorded as a special invitation for the Queen's funeral. He has attended official events from the British Empire seven times, in England six times & in 1974 the Official Visit of H.M. Queen Elizabeth – II at the Merdeka Palace – Jakarta once.

The Protocol of the Event circulates the Special Regulations for the invitees, namely:

This is the WhatsApp message sent by Sir Harry Darsono from England to the Chairman of the Indonesian Music Museum.

A state funeral for Elizabeth II will be held at Westminster Abbey on 19 September 2022, 11.00 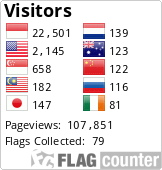